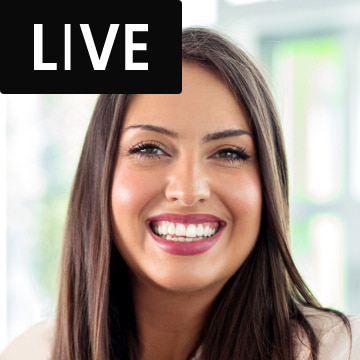 See this car without visiting the store

Seriously, we'll give you the best deal. If you find a like-for-like car at a competitor car retailer within 15 days of buying from Midway Autohaus.

What’s your car worth?

Cupholders, 2 front in center console and 2 rear in center armrest with 1 bottle holder in each door

Windows, power with Express-Down on all 4 doors

Glass, deep-tinted (all windows except light-tinted glass on windshield and driver- and front passenger-side glass)

Transmission, 6-speed automatic with overdrive (1LH26 or 1LK26 model only.)

Air bags, dual-stage, frontal, driver and right front passenger with passenger sensing system, Thorax side-impact, seat mounted, driver and right front passenger, head curtain, side front and rear outboard seating positions (Head curtain side air bags are designed to help reduce the risk of head and neck injuries to front and rear seat occupants on the near side of certain side-impact collisions. Always use safety belts and the correct child restraints for your child's age and size. Even in vehicles equipped with air bags and the Passenger Sensing System, children are safer when properly secured in a rear seat. Never place a rear-facing infant restraint in the front seat of any vehicle equipped with an active frontal air bag. See the vehicle's Owner's Manual and child safety seat instructions for more safety information.)

The Experts' Verdict...
As reported by KBB.com: If the newfound refinement, sharp styling or quiet and roomy interior don’t grab you, perhaps the four-cylinder’s 32-mpg highway fuel economy rating will.

Visit Us Today
You've earned this- stop by Midway Autohaus 1 located at 7405 S. Harlem Ave, Bridgeview, IL 60455 to make this car yours today!

See this car without visiting the store

Seriously, we'll give you the best deal. If you find a like-for-like car at a competitor car retailer within 15 days of buying from Midway Autohaus.

Please provide your details so we can estimate your monthly payments

Payments calculated using this tool are ESTIMATES ONLY and do not include applicable taxes, title, licensing and fees. ACTUAL PRICES AND PAYMENTS MAY BE DIFFERENT. Financing payment calculations are based on APR and term, and do not include manufacturer incentives and rebates. Available on approved credit and not all customers will qualify. This tool should be used as a guide, and all finance terms must be verified before a sale is complete.

All advertised prices exclude government fees and taxes, any finance charges, any dealer document preparation charge, and any emission testing charge. Even though dealer will do it’s best to list all of the options properly, due to variance of models and available options we use a third party vin decoder to pull the options and we cannot certify that 100% of information are all the time true or valid. We make every effort to provide you the most accurate, up-to-the-minute information; however, it is your responsibility to verify with the Dealer that all details listed are accurate. The dealership is not responsible for typographical, pricing, product information, advertising or shipping errors. Advertised prices and available quantities are subject to change without notice. All rates and offers are dependent on bank approval, which varies based on applicant’s credit as well as the vehicle.